Get fresh music recommendations delivered to your inbox every Friday.
We've updated our Terms of Use. You can review the changes here.

Heroes Of The Second Story Walk​-​Up

by The Fun Years 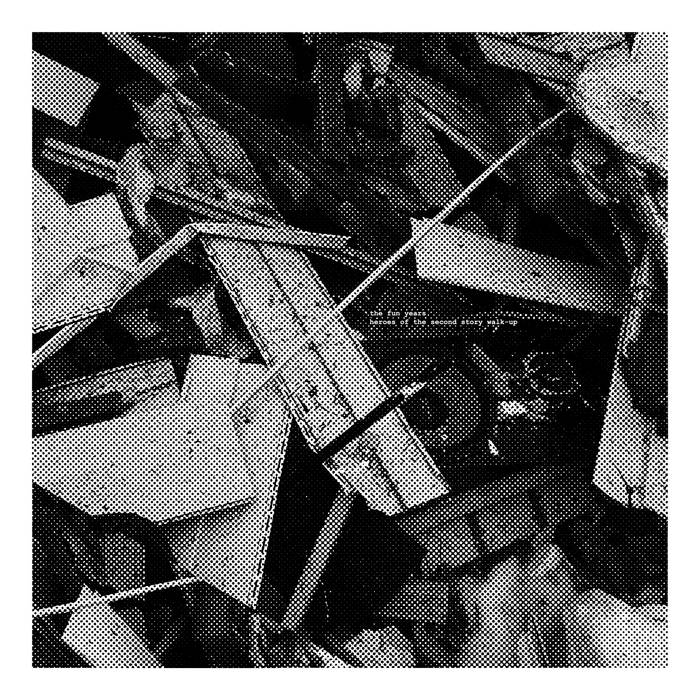 It's beautiful outside today, though you wouldn't guess it from the darkness of your bedsit. So get up, sleepyhead, I've got a special treat for you.

The fun years have dipped your madeleine in tea brewed from mescaline. Sip it slowly as you watch the tattered clouds chase passenger jets across the windowpane. Don't miss a crumb on the plate—an extraordinary thing is about to happen.

Or maybe it already did?

Rewind, press play. People are talking about sticky shed syndrome like it's the sonic apocalypse. The entire history of the 20th century falling to dust in a shower of iron oxide particles across a broken tape head. If so, Heroes of the Second Story Walk-Up could serve as the trumpet call for its rapture. Have faith, you will be among the chosen.

In the meantime, just remember this:

Whenever a cold day at the beach leaves you goose pimpled and shuddering, there's nothing like a warm car to make you feel alive again. So pull that terry cloth tight and ask Mom to (please) turn the heat up in the Camry!

The Fun Years are still Ben Recht and Isaac Sparks.

"Heroes Of The Second Story Walk-Up started the year off right. The evolving textures, swirling melodies and coalescing electronics were joined by crunchy chords – even going as far as rocking out the final five minutes of the album. It was an effervescent album fizzling with a bright hope. Nothing could take this down. The rest of the year might not have gone so well, but at least Ben Recht and Isaac Sparks injected some fun, and we’re still coasting on the memories."

"Heroes of the Second Story Walk-Up doesn’t barge through front doors so much as blow through back windows. Formed by baritone guitarist Ben Recht and turntablist Isaac Sparks, the music of The Fun Years transcends the casual band’s name. Urging redemption by tactile rhythm, crackling vinyl slithers with synths above sleepy guitar. The paring of crate-dug record loops with Proustian post-rock is so natural it leaves one wondering why it isn’t already a sub-genre. Media preservation be damned—how lovely to hear dusty record ruts spun like grains of sand between two ears.

"More big thanks to Lars. If he hadn’t opened his home to me and played this record I wouldn’t have heard one of my favorite releases in many years. A long drone piece made with turntables and baritone guitar, Heroes of the Second Story Walk-Up became my soundtrack to the fall. As things fell apart this was almost too on point, its soundscape crumbling alongside everything else. But to return to a theme, it also brought comfort. Underneath the dissolute drone is a sense of naturalness. Things fall apart. Things change. To survive the hard times is to be stronger for the better times to come."

— 2017 Musical Favorites by The Speed of Things

"A turntable/baritone guitar duo that’s landed on my list every time they released something since AGB has been in existence so it was pretty much a given that their new one would show up here. But Heroes appearing on this list isn’t an obligation, it’s a fucking honor because goddamn this is the good stuff, the grit of a faded but well-loved memory brought to light under new circumstances, re-contextualized and turned into something that surpasses its origin."

"It is the most fully formed and expressive of the Fun Years’ ten albums to date and an immersive emotional Rorschach test, where each moment scans differently depending on what you bring to it. A forty-five-minute suite of seven interwoven pieces, Walk-Up moves like a long piano sonata, where each movement seems to comment on the same subject but never in quite the same way. The approach enables an emotional breadth and accessibility that can be rare in these arcane corners of instrumental music, making Walk-Up the kind of record you want to crawl into and inhabit for a spell."

"...dim and moody fits of blurred post-rock, flirting with moments of what I would describe as utter perfection. “Ask For The Omega Man” is the first aural taste of the new album and delivers the duo’s pensive, warm take on introspective loops. Baritone chords and subtle sets of static fill the space, revealing oddly inviting cycles of sound. It’s the perfect extended teaser for what will surely be a gem of 2017.

"The sparkling energy of life, its joie de vivre, is found in the light, precious guitar interludes and the glimmering melodies, but permeating the music is a creeping, crackling presence of impermanence. The sound warbles like that of an old, adored cassette tape before fading away, reincarnating into something new and bold. A billowing sheet of sound ruffles the side of a resolute melody."

"Heroes… is a wry smile and warm heart, tuning into the static of fuzzy memories without daring to cash in on the phenomenon. And it’s likely the non-nostalgia it causes may just be singular to my ears. But that’s the point: The Fun Years tap into a emotional response that is often more direct. The tease isn’t blunt, and it’s not meant to conjure up a particular moment, but rather a feeling. It’s one I never want to leave, but I also know that at some point I must pick up the needle, place the record back in the sleeve, and live in this moment. But when it allows me to combine my happiness in the now with my content from then, Heroes… truly does make Ben Recht and Isaac Sparks my heroes."

Spring Break Tapes was started in 2011.

Bandcamp Daily  your guide to the world of Bandcamp